Reflex and love are two terms that are, in fact, contradictory. A reflex is a process that occurs so quickly and automatically, that we are hardly aware of its occurrence, since our brain is not usually involved.
What actually occurs psychologically in peoples’ minds remains scientifically controversial. Love, for example, is a complex human emotion, and it is difficult, if not impossible, to decipher it. But love also has a cognitive aspect: the aim of finding a person whom we perceive as corresponding to our desires.
Love, as a system of thinking and experiencing, is always unique. At the same time, it is a universal cliché. Love is tied to both an individual, and to social conventions.
In my installation “Reflex Love”, phrases, claims, and responses are articulated in the space and, literally, interwoven. A conversation is spun between two anonymous figures, who are classically distinguished by the colors red and blue as female and male.
Two different patterns of behavior and thought – each bound to a representative person – meet and seek verbal and emotional exchange.
With the red-blue color scheme, I also make reference to Carl Gustav Jung’s anima/animus duality. Instead of making clear distinctions between the sexes, his interpretation focuses on personality traits that transcend gender. Anima stands for more suppressed, so-called “female” behavior, such as empathy, adaptation, the ability to engage in interpersonal relationships and more easily access one’s own emotions and body. Animus, on the other hand, symbolizes more suppressed, so-called “male” traits, such as aggression, libido, the courage and appetite to take risks, and individual initiative.
The spatial drawing “Reflex Love” thus interweaves and synthesizes emotion and control, intuition and reasoning. 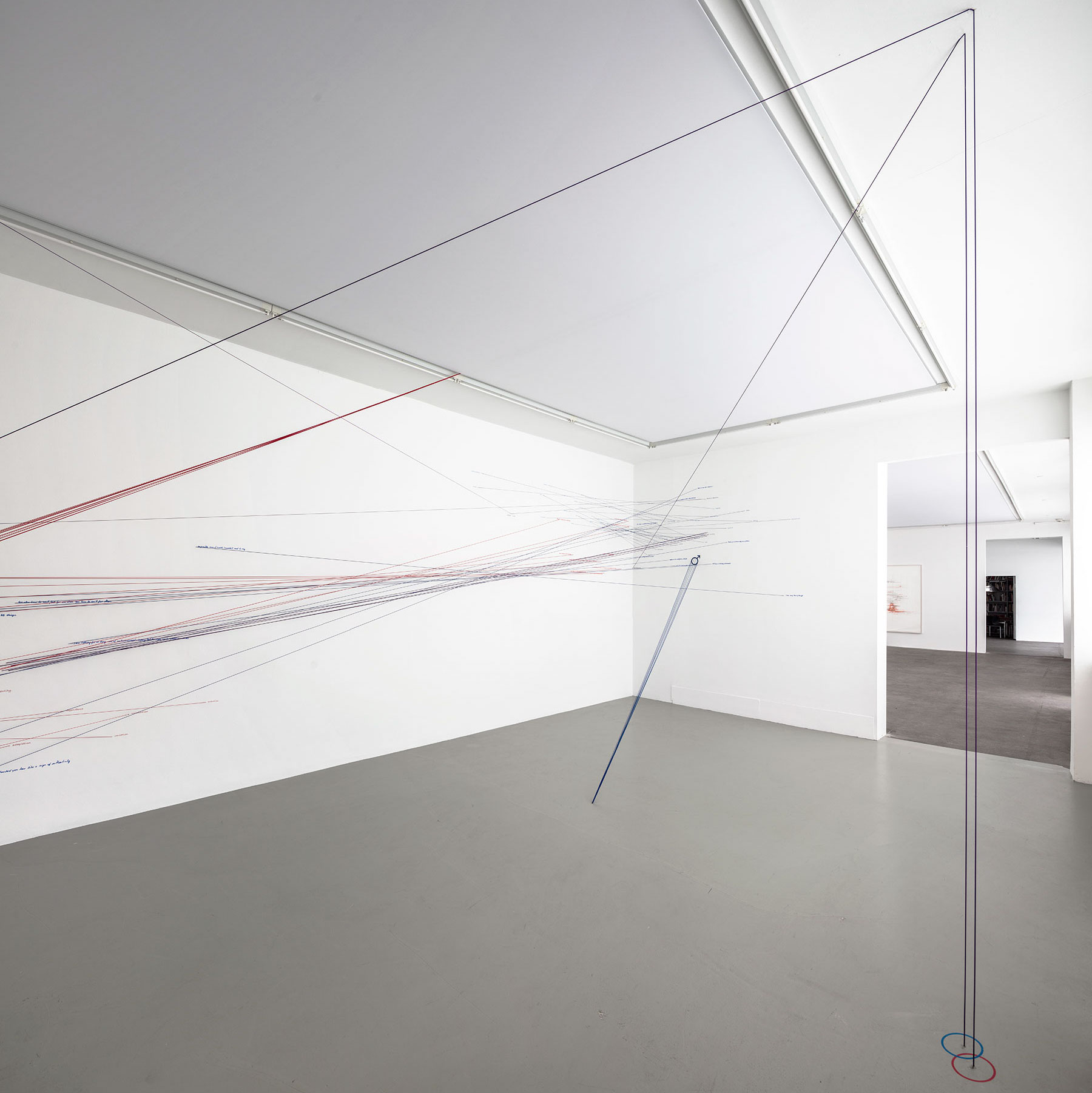 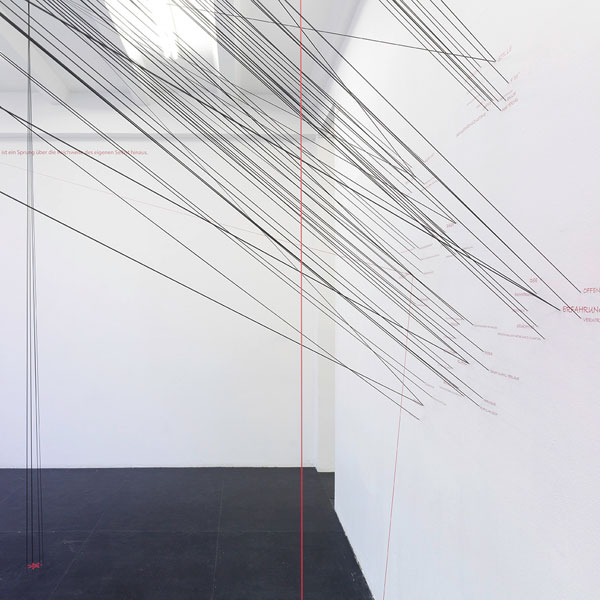 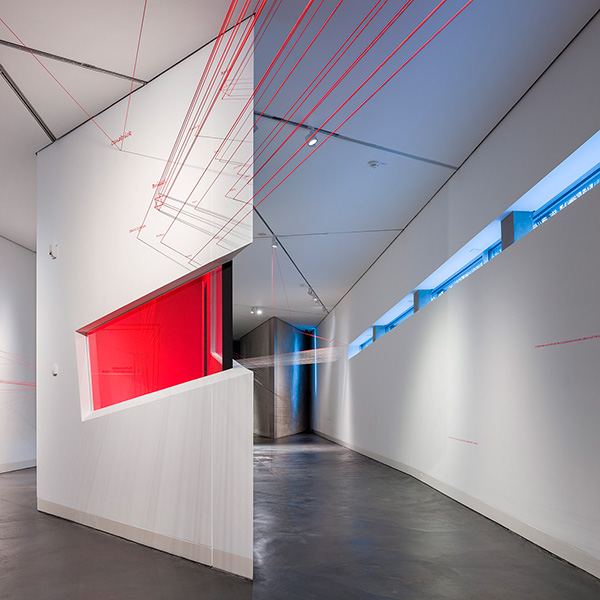