Following his studies, which included musical composition with Arnold Schoenberg, Cage embraced the idea of determining music through random processes, inspired by his research into eastern philosophies and religions. Added to this was his fascination with non-intent, which plays a central role in Zen Buddhism. He developed an approach to contemporary music that was not dependent on subjective compositional decisions, in order to explore previously unknown musical forms and content.
Can one conceive of chance so that it becomes visible?
Waldach’s spatial drawing “Silence and Chance” visualizes central philosophical concepts from John Cage’s life and work. The installation starts in a narrow, black room, a conceptual system of belief that reaches into the white exhibition space like a three-dimensional musical score. A polyphonic structure becomes apparent, offering a framework for the single red thread that randomly touches each element within the physical space. This principle of chance, moving from the black “Space of Silence” into the white “Space of Thought”, adds its own autonomous movement to the tension of the black notational system. The red thread jumps throughout the physical space, exiting the composition via the opposite wall. We are left with a quote by Cage: Chance… provides a leap out of reach of one’s own grasp of oneself. 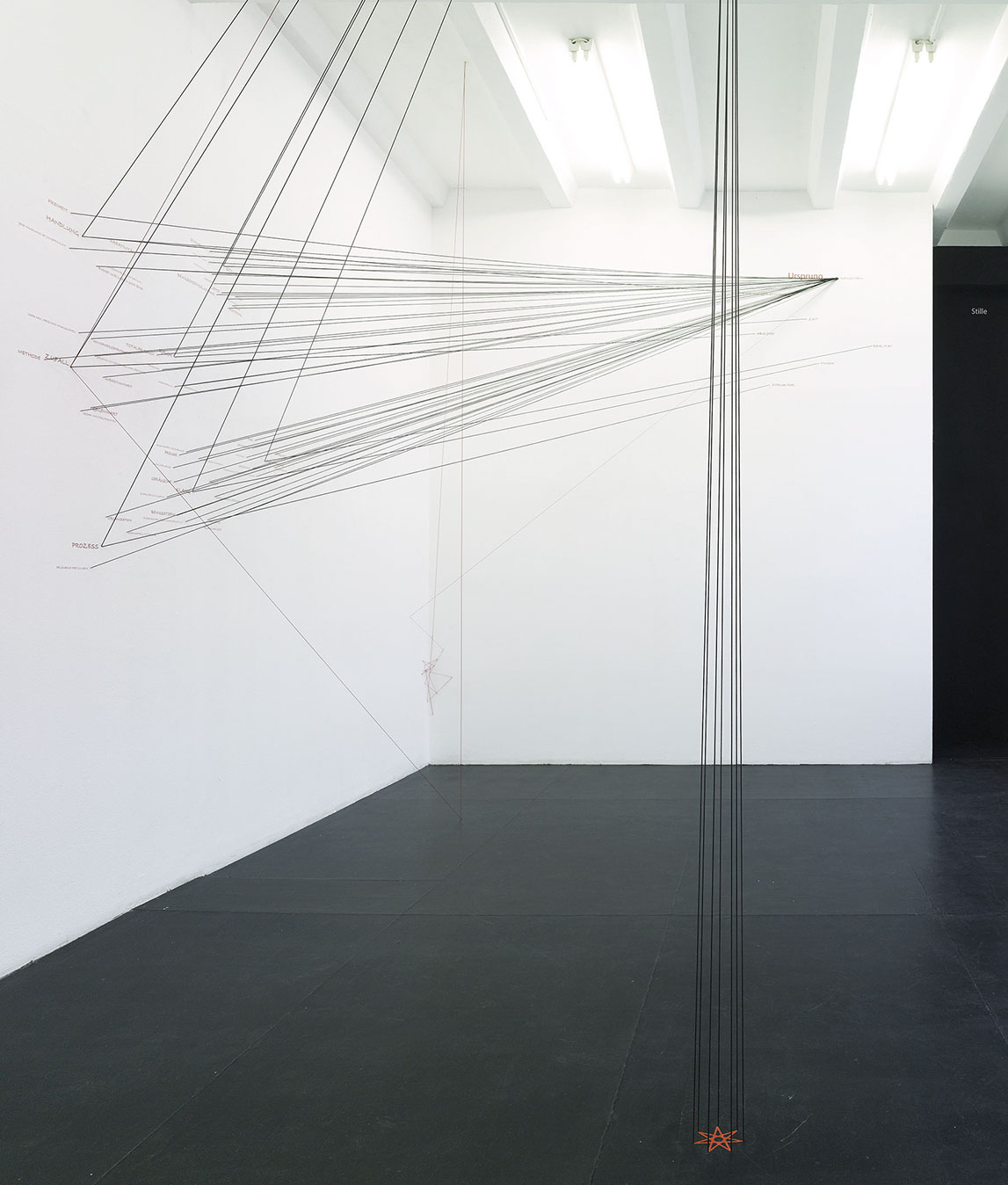 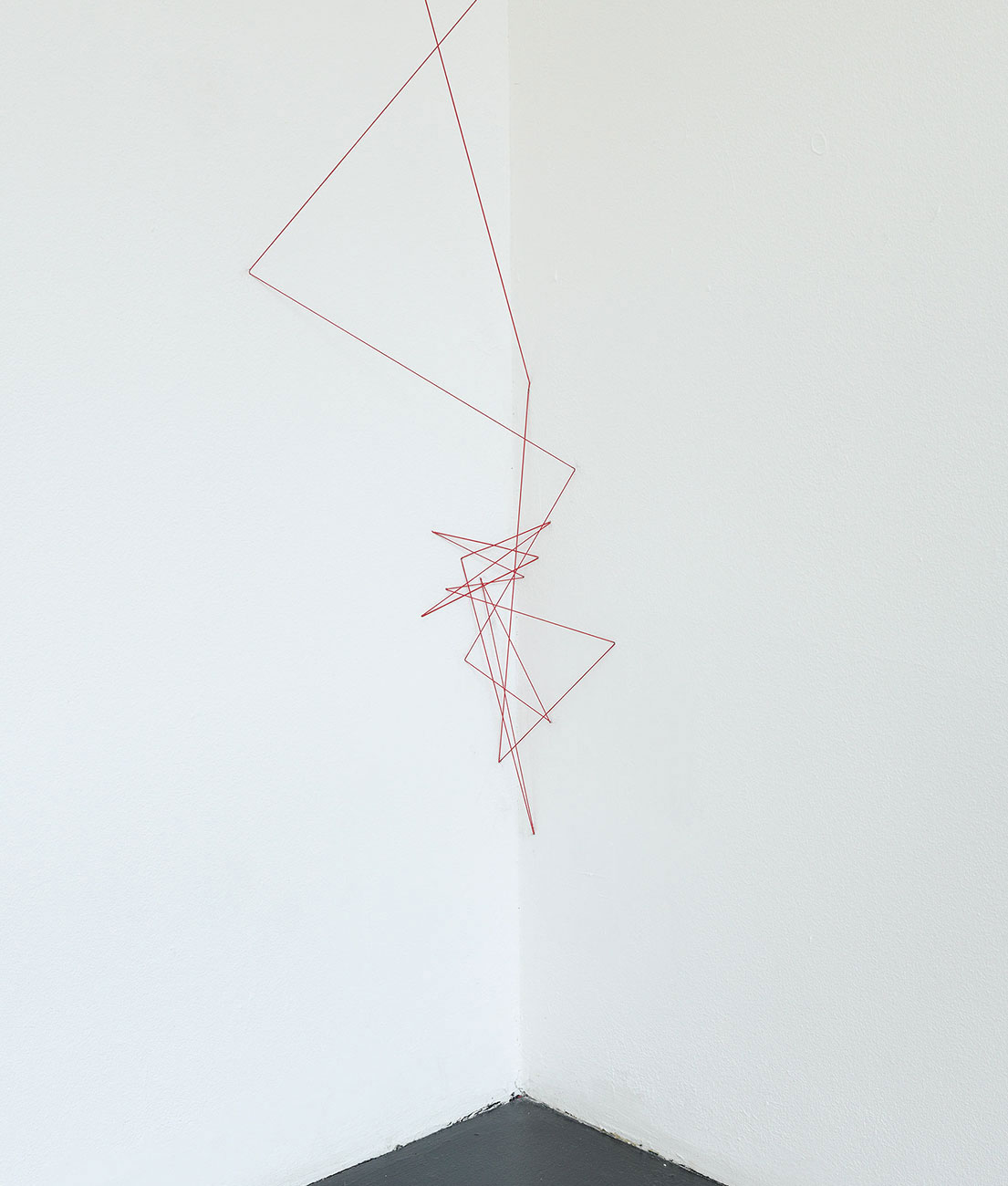 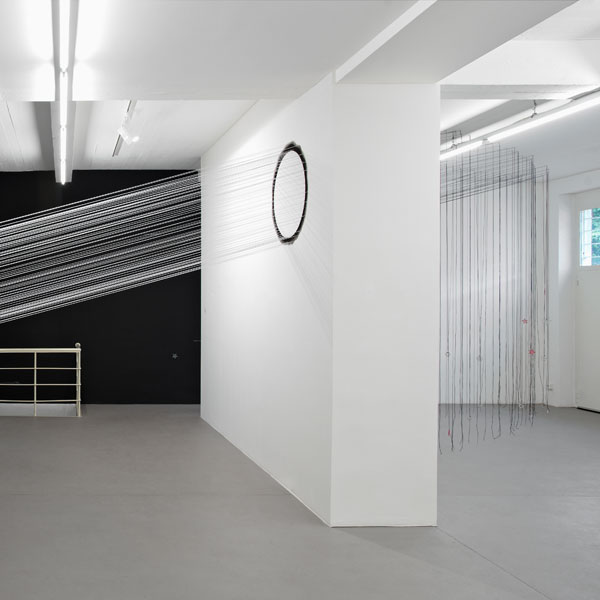 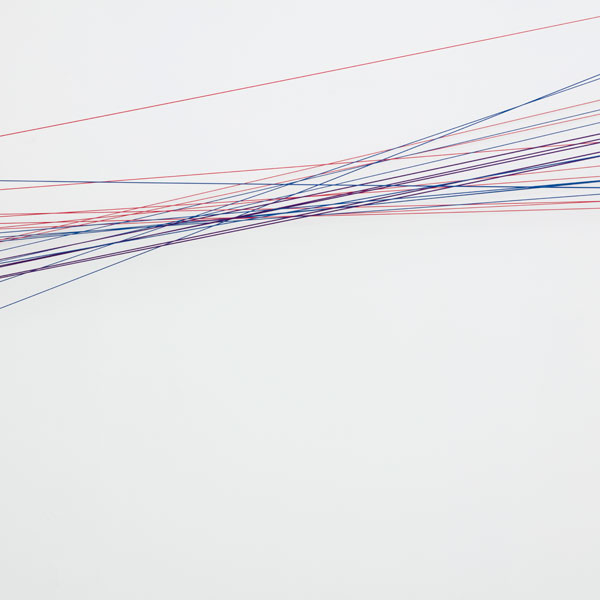 Next Project (n) Reflex Love
We use cookies on our website to give you the most relevant experience by remembering your preferences and repeat visits. By clicking “Accept All”, you consent to the use of ALL the cookies. However, you may visit "Cookie Settings" to provide a controlled consent.
Cookie SettingsAccept All
Manage consent