The triptych Muttertag (Engl.: Mother’s Day) addresses the last hours before the death of German terrorist Ulrike Meinhof. The constellations pictured in the work correspond to the actual stars over Stuttgart in the night from May 8 to 9, 1976. It was in this night that Ulrike Meinhof died in her prison cell at Stuttgart Stammheim, according to police records. That day, the second Sunday in May, was “Mother’s Day”.
Both abstract and specific, this picture could very well represent the last thing that Ulrike Meinhof saw in the night sky from her cell.
What goes through the mind of a person in her last hours of life?
Numerous letters and books were found in Ulrike Meinhof’s cell upon the discovery of her corpse. Lying open on her desk, for example, was Philosophical Grammar by Ludwig Wittgenstein.
The triptych cites many sources, such as brief quotes about Meinhof as a person, including her own description of herself, presented in white cursive lettering. The brightest stars in the picture, however, are accompanied by concepts from Ulrike Meinhof’s life, written in red. Point for point, they allow her life to shine once more. They span early memories of childhood and war, her Lutheran upbringing, experiences as a student activist, journalist, and mother, her last words as a private individual or as official voice of the RAF, and finally her self-abandonment in solitary confinement. The universal symbol of the star, which the RAF incorporated into their symbol, links the diverse levels of radicalization in form and content.
Ulrike Meinhof, as it is known, took her own life one year before the collective suicide by the other RAF prisoners. Of those in isolation, she was the most isolated, as the rest of the group increasingly distanced themselves from her at Stammheim.
The Muttertag triptych can also be understood as commentary on the reception of this theme in art and art history. In the triptych’s center panel is a drawing of the police photograph of Ulrike Meinhof’s corpse, which received widespread attention upon its publication in Stern magazine and was used by Gerhard Richter in his RAF series. A quote by the painter is also included in the triptych.
In western European culture, a triptych is a three-part image sequence, in which the main figure is portrayed in the center scene, while the panels to the left and right depict previous and following events, respectively. Brigitte Waldach’s work does the same, in its own way. Muttertag presents also a new form of “history painting,” which allows itself to be simultaneously seen and read, both showing and describing how an individual life is transformed into history. 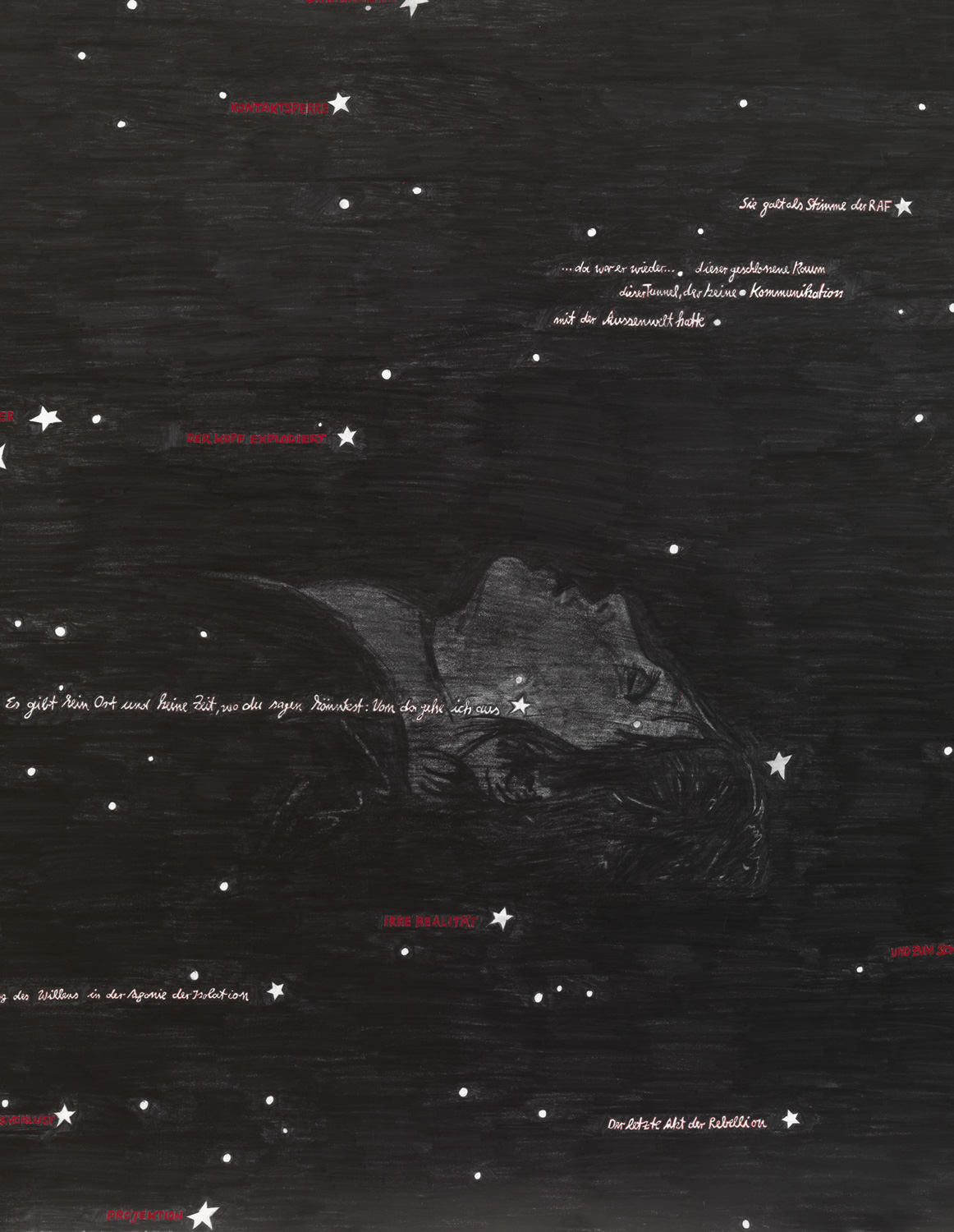 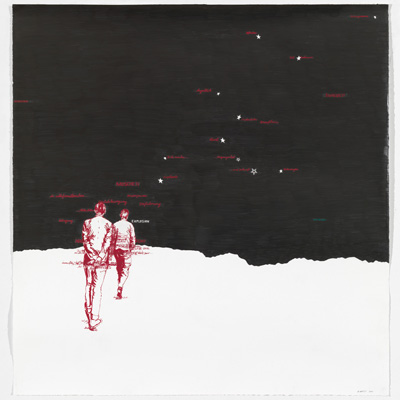