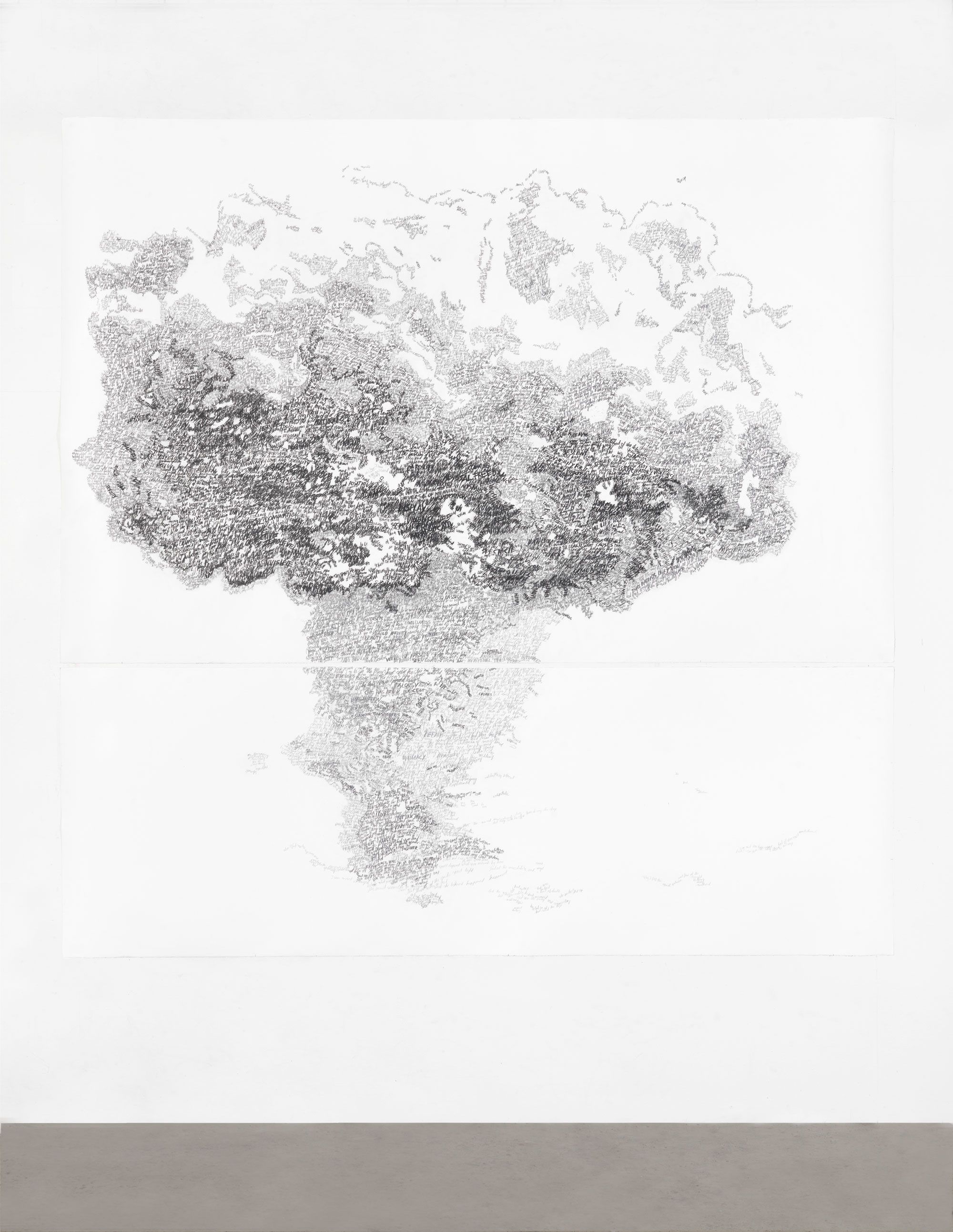 The force of a (nuclear) explosion is featured here and visualized in text, specifically with quotes by writers David Foster Wallace (in light gray – from “Brief Interviews with Hideous Men” and “Adult World”), Oscar Wilde (in medium gray – from The Picture of Dorian Gray), Slavoj Zizek (in black – from Violence).
The texts deal with diverse forms of love: from the romantic and erotic love between a man and a woman to lust, violence and dependency and even quotes on love as a commodity.
The large-format diptych thus addresses the topos of “love by death” (Liebestod) as well as the explosive power of existential emotions. 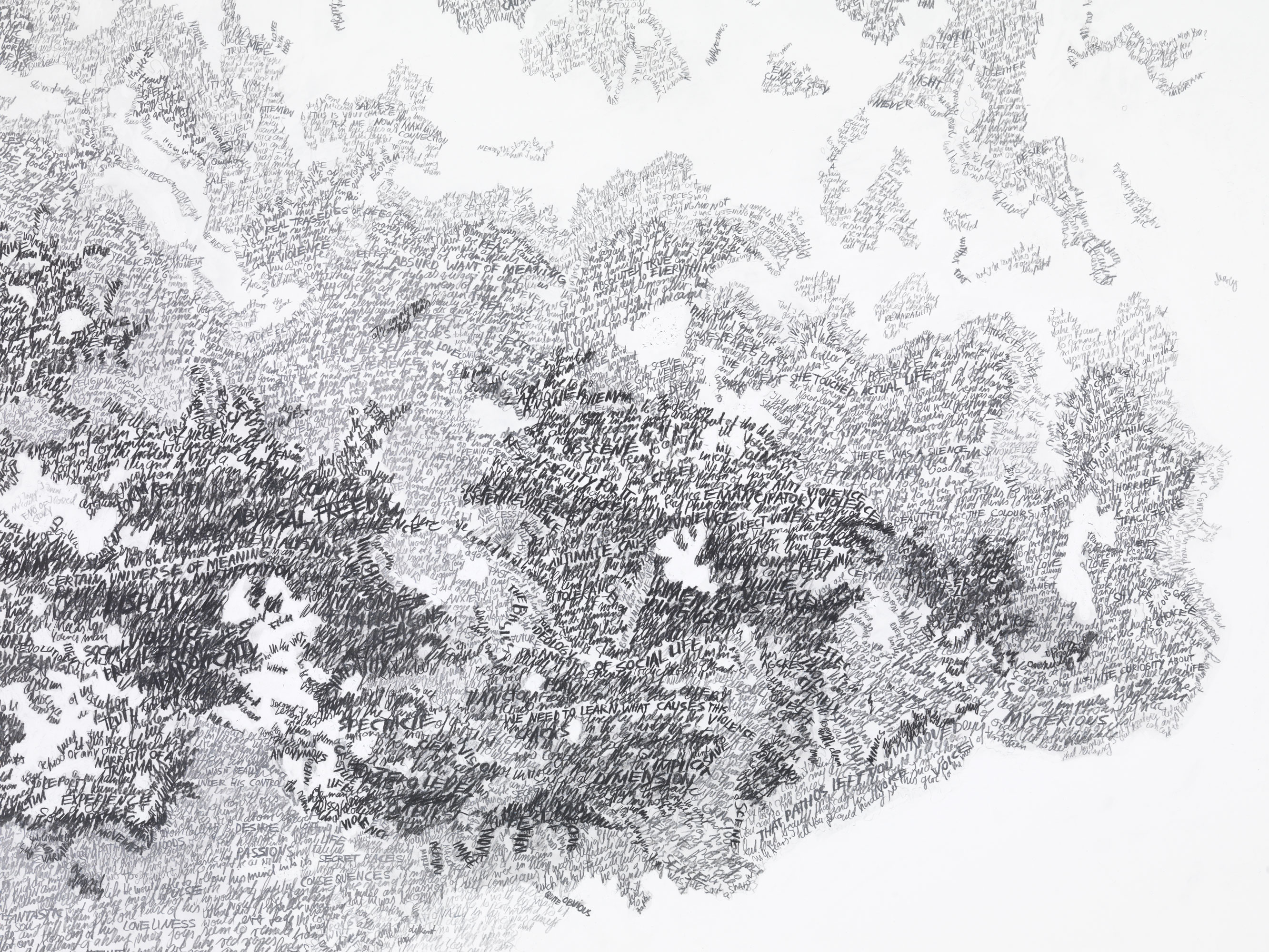 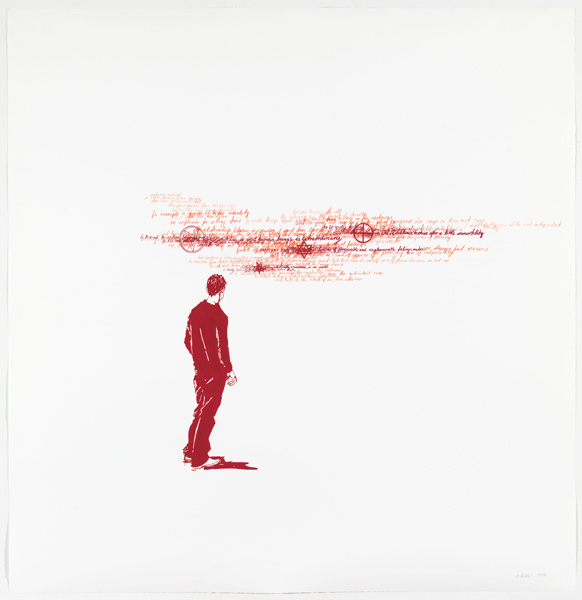 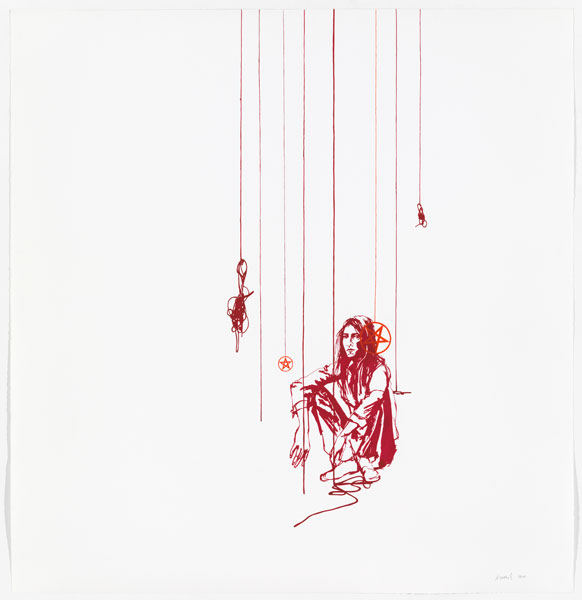 Next Project (n) She