The corner triptych cites two main sources: Friedrich Nietzsche’s original text “Antichrist” (1889) and the eponymous film by Lars von Trier from 2009.
In Trier’s film, a nameless married couple retreats to the forest following the death of their child, to a hut named “Eden.” This is but one of several obvious references to a religious system. It is here where the husband treats his wife with psychotherapy to confront her with her greatest fear (He: Where are you afraid? What would be the worst place? She: The woods)
Was Lars von Trier intentionally referring to Nietzsche’s text with his own film title “Antichrist”? It is interesting to note his slight artistic intervention in the printed title of the film: to replace the final “t” in “Antichrist” with the Venus symbol, the sign for the female sex.
Who is the “Antichrist” for Nietzsche? Perhaps Jesus, or the author himself? Or a new generation of human being that liberated from the moral values of the Christian-occidental tradition. For Trier, it seems to be the woman in his film – or the female principle in general. However the contemplations undertaken by the female protagonist bring her primarily to doubt herself, since the order of the external world does not correspond to that of her inner world.
The woman is frightened and wounded – fitting to the stereotypical female role in horror film. But Lars von Trier expands upon the genre, bringing the woman and nature into direct visual relation.
What happens or could happen on the path to redemption and the dissolution of the self cannot be portrayed. Nebulous snatches of words hover throughout the dark forest. What glides across the picture in legible and illegible misty wafts are excerpts from Nietzsche’s late writings. The text in dark red cites passages from Nietzsche’s “Antichrist,” while the light red passages are from his “Twilight of the Idols.” The late work counts among the most popular books of the German philosopher, where his theses are summarized in a short and concise manner.
Particularly emphasized in the light red passages in the middle panel of the picture are the words that Nietzsche identifies as prerequisite for any sort of artistic production: the various forms of intoxication.
Nietzsche’s text ends, like the picture, with the “reassessment of all values” – as a statement and quote. Text clouds disrupt the natural setting in blood red. In the first part of the picture, the man seems to hold the woman, while in the second and third parts they have separated themselves from order and nature – shortly before the film or image releases us into a chaos of emotion, which might well precede a new order: The reassessment of all values. 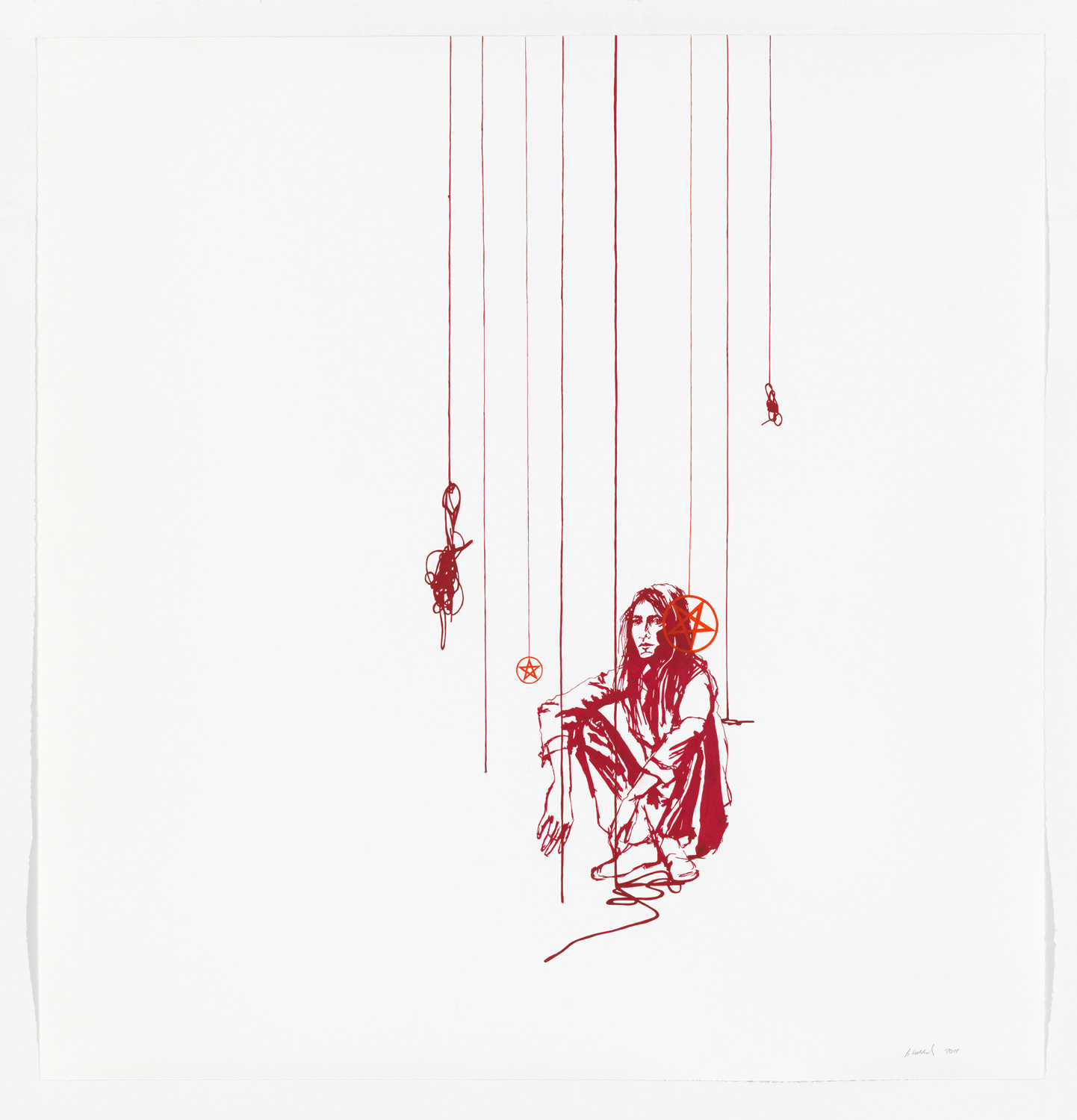 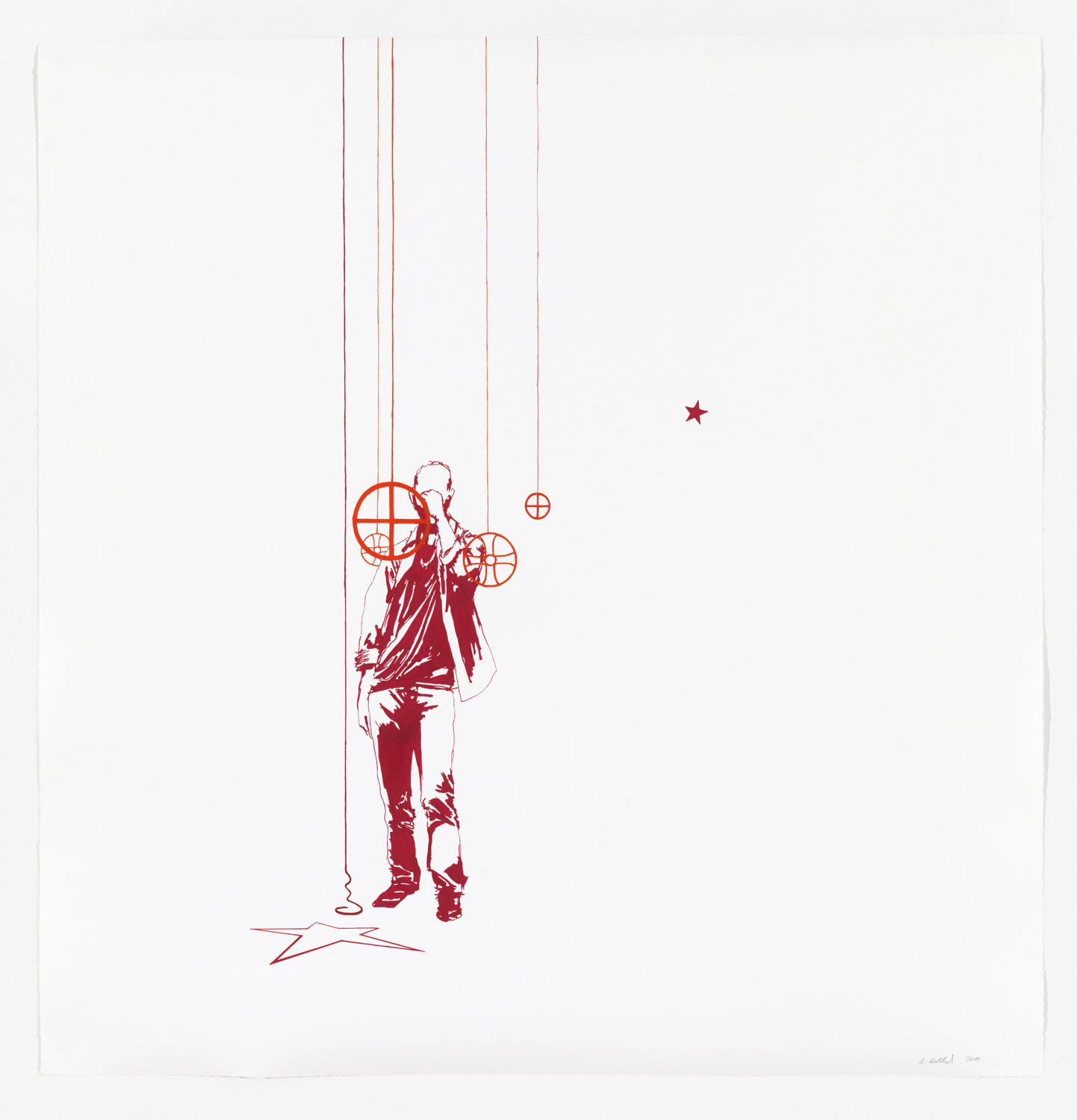 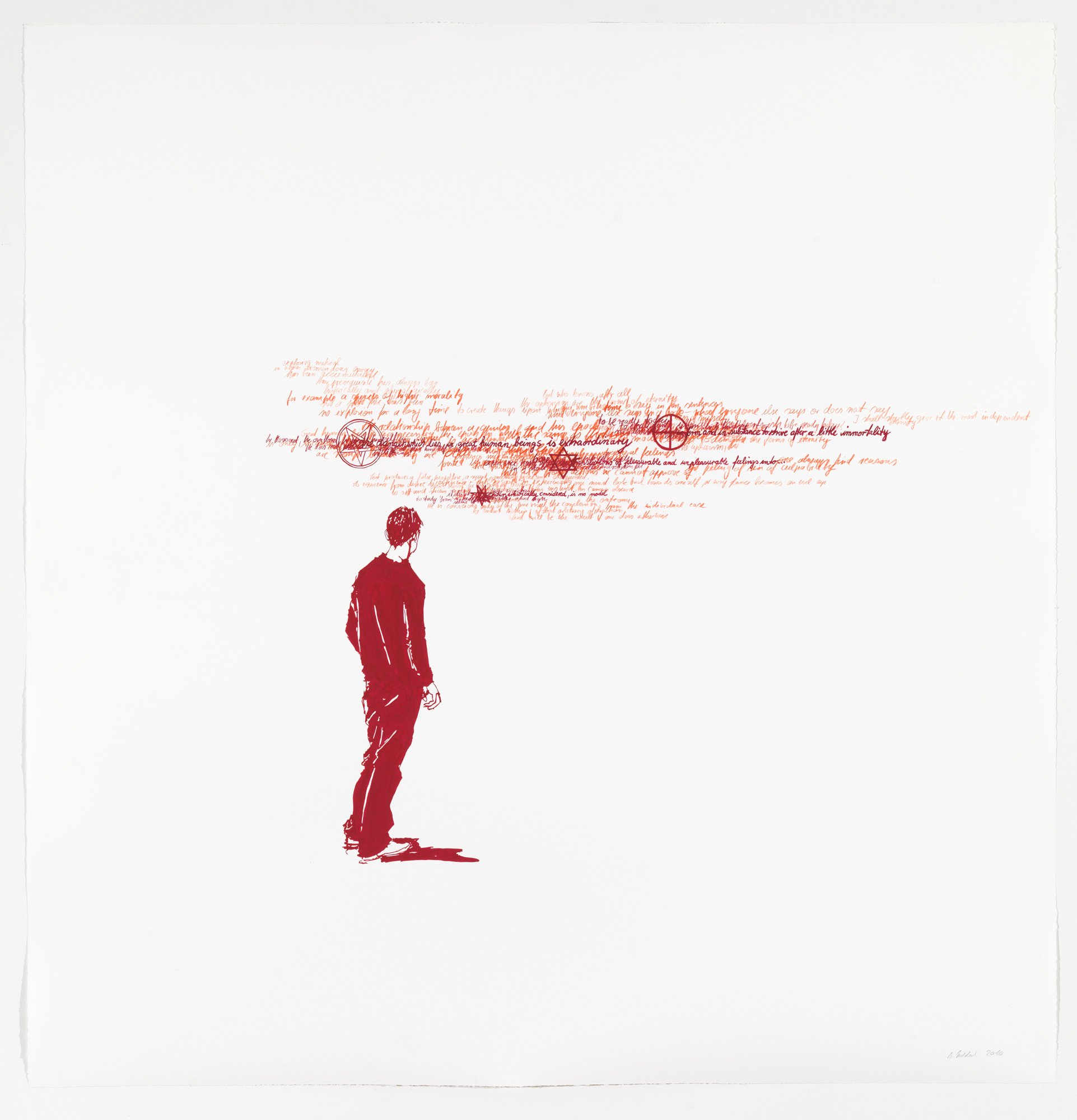 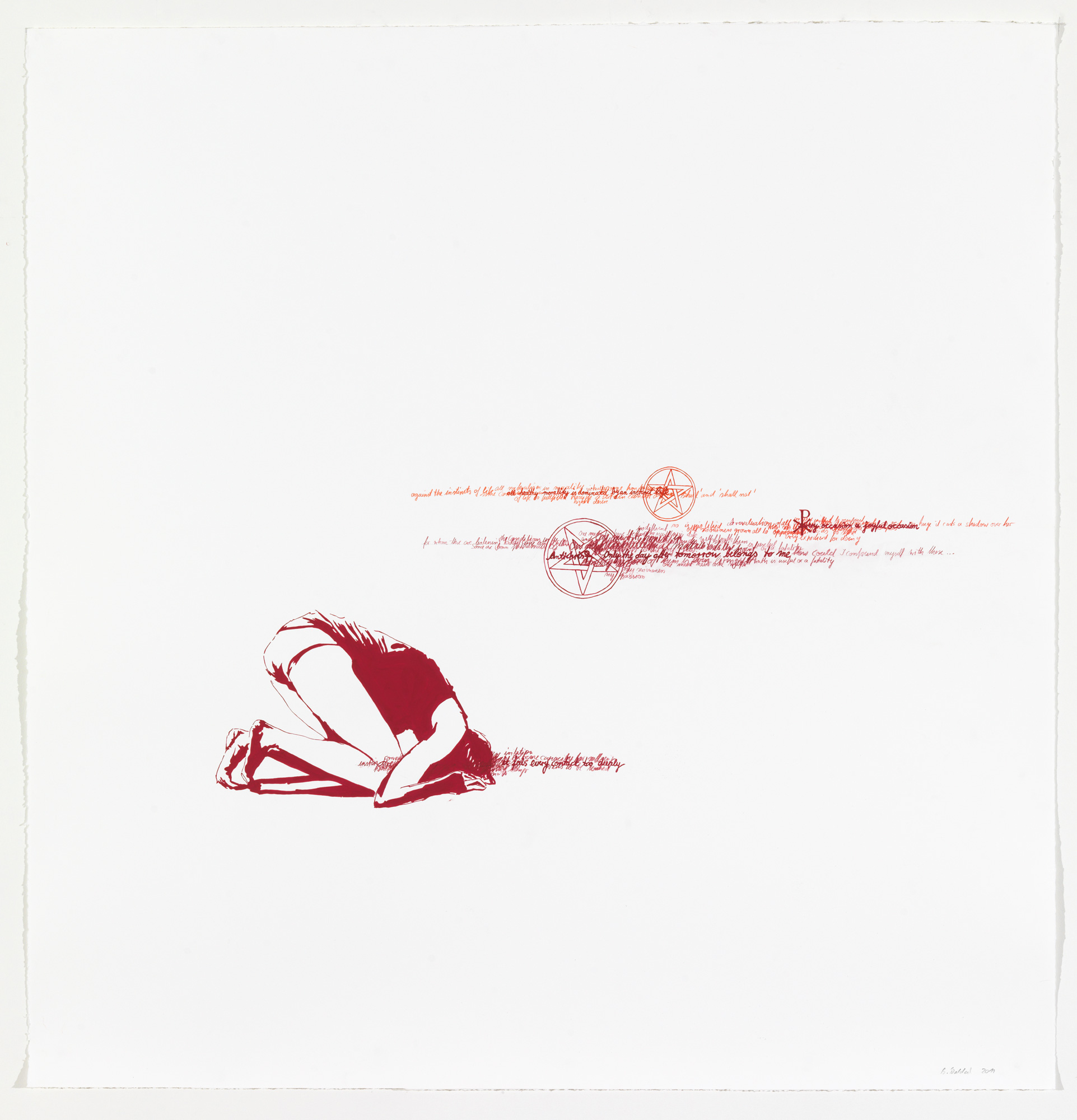 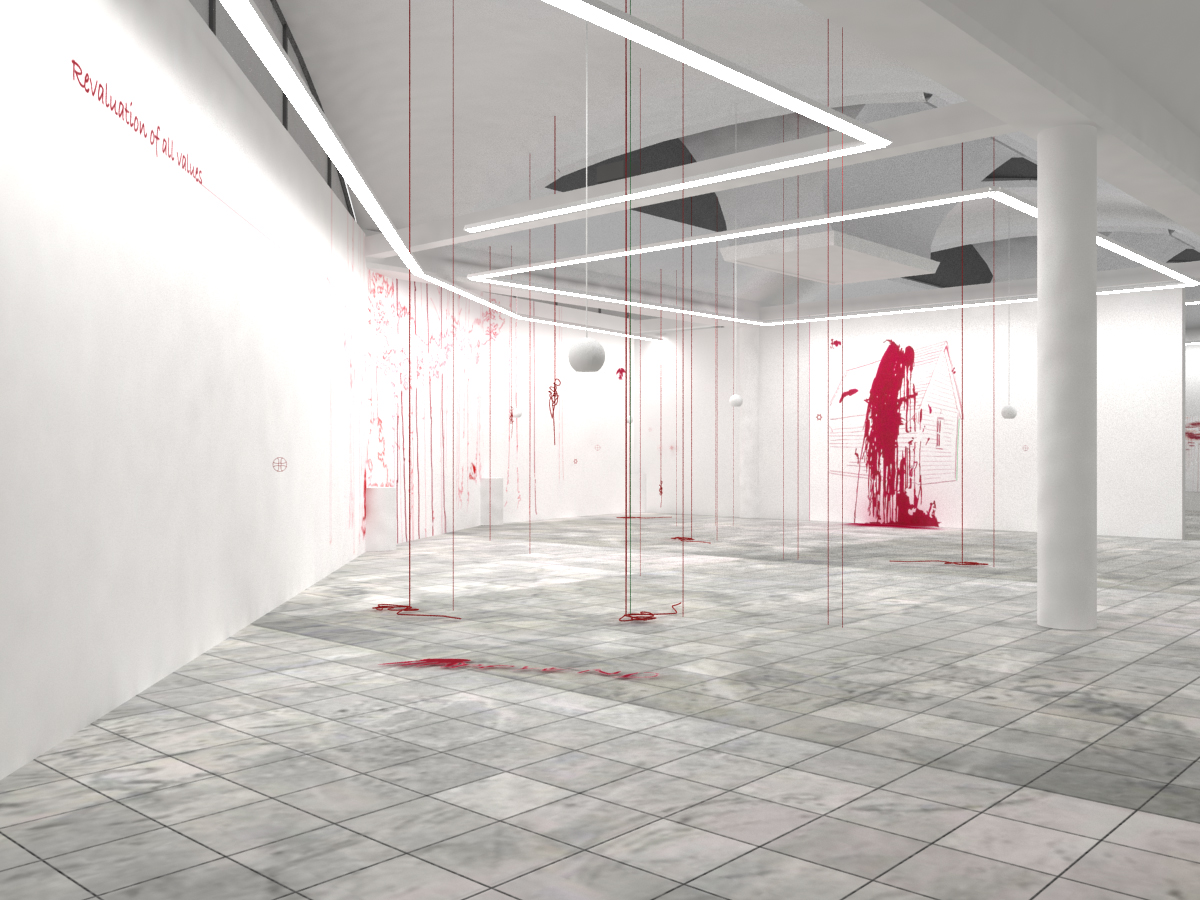 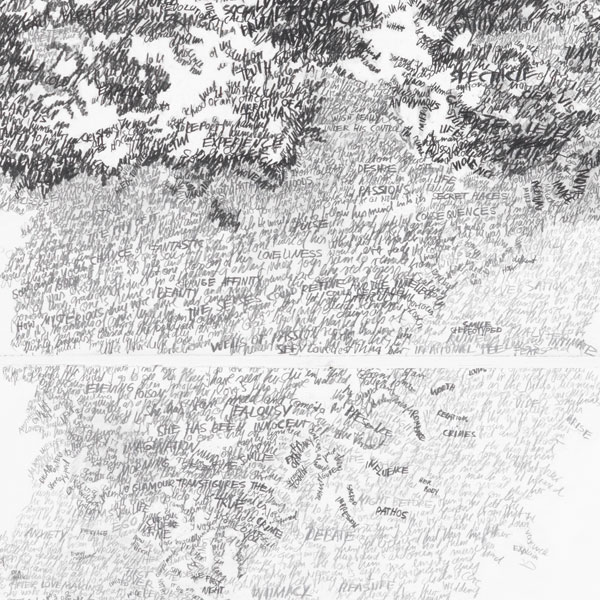 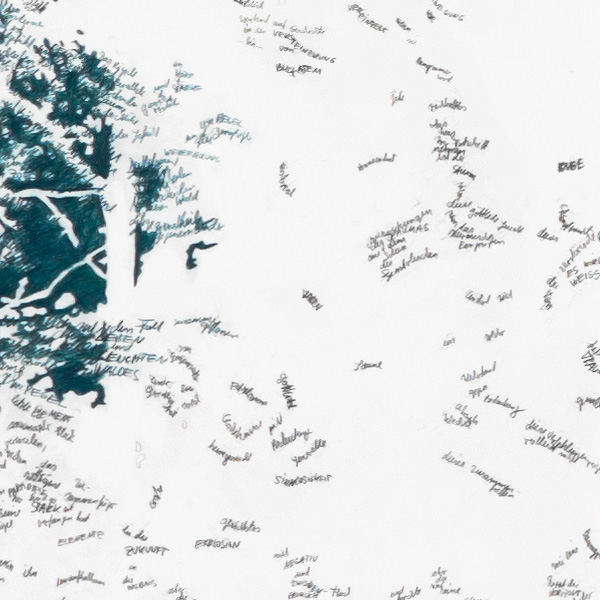 Next Project (n) Forest Theme
We use cookies on our website to give you the most relevant experience by remembering your preferences and repeat visits. By clicking “Accept All”, you consent to the use of ALL the cookies. However, you may visit "Cookie Settings" to provide a controlled consent.
Cookie SettingsAccept All
Manage consent