Lithograph
Printed on 250 g. Velin d’Arches paper
each 69 × 50 cm, series of 10
Edition Copenhagen
20 ex. numbered and signed by the artist

10 Commandments_mirrored is a ten-part, three-colored lithography series based on the Ten Commandments.
The individual pages stand for themselves, while also being linked in both form and content through the horizontal placement of the quoted Commandments.
In this series, presented one next to the other, each of the Ten Commandments (light red) stands like a notation in the background of the page’s visual space. In the foreground, the Commandments are “mirrored” in a contemporary way. The reformulated sentences are now legible, being printed right side around (dark red).
Squeezed in between the Commandment and its linguistic echo from the present is a human figure, who seems to be grappling with herself and morality. The figure is spontaneously drawn on the lithography stone. She is caught between the Commandment (light red) and contemplation (dark red).
A combination of human representation and doubled text, it presents ten approaches to the Ten Commandments that influence our western cultures and moral values to this day. 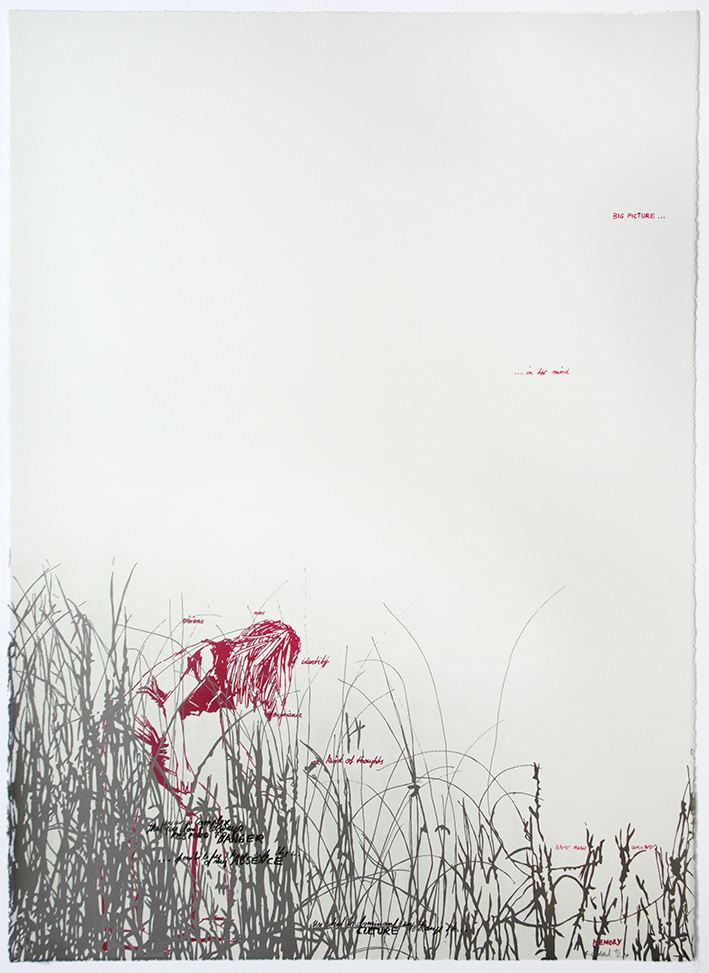 Previous Project (p) Future and Past 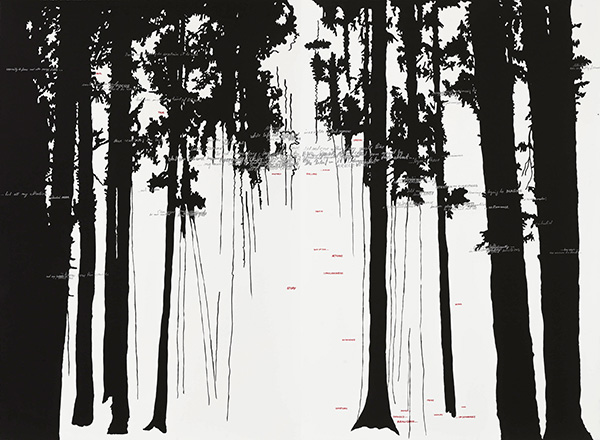