A starry sky reveals beneath it a mountain panorama. Both the constellation as well as the mountains are fictitious – are we still on the Earth or already on another planet? In the upper left of the triptych is a vague topographic note: “6000 feet beyond space and time”.

A different system orders the stars in the middle picture: the first two pages of the score from Richards Strauss’s composition “Thus Spoke Zarathustra.” Superimposed, they structure the depth of the universe. Other stars seem to oscillate before and alongside the score.

Color, sound, and language are the components of the radical “language poem” (as Nietzsche described his work) and of the “tone poem” (as Strauss described his work). Described as a “dawn of epochal proportions,” the beginning of the symphony is highly recognizable. It has been cited in diverse contexts, from advertising to the opening scene of the film “2001. A Space Odyssey,” directed by Stanley Kubrick.

Addressing the relationship between the individual and the world, between man and nature, “Thus Spoke Zarathustra” may very well have been the most discussed book at the end of the 19th century. It also moved a young Richard Strauss, inspiring him to compose his tone poem of the same name. Upon its completion in 1896 he described it as being “by far the most important of all my pieces, the most perfect in form, the richest in content and the most individual in character.” The symphony is philosophy as sound, in which the spirit and nature become musical themes.

The classic film “2001: A Space Odyssey” by Stanley Kubrick was a source of inspiration for the triptych. The film is considered to be the best science fiction film of all time. It has little dialogue, with nearly two-thirds of its filmic time filled with silence or music. The main character of the film is the on-board computer, called HAL 9000. This machine has the ability to develop human-like emotions and ultimately becomes unpredictable. The computer was actually intended to monitor the physiological functions (represented here by white horizontal lines) of the astronauts who are suspended in a kind of deep sleep in tanks cooled with liquid nitrogen. Later, HAL shuts off their life support systems and the astronauts die. This event is the turning point in the film, and leads to the deactivation of the systems control computer.
Humans leave Earth (in the film) and are ready for contact with extraterrestrial reality. The journey to an alien planet begins, and everything that usually determines and accompanies us – such as instincts, reflexes, and feelings (the red text in the triptych), acquires an entirely new and unfamiliar dimension outside of Earth. Human emotions leave the body and coalesce in a starry nebula

In the left part of the image, quotes by Kubrick on artificial intelligence arise from the deep shadows of the mountainscape into the black night, and disappear into the endless expanse of the universe. Eerily glowing on the left is a small red dot – the “eye” of the HAL 9000 computer. 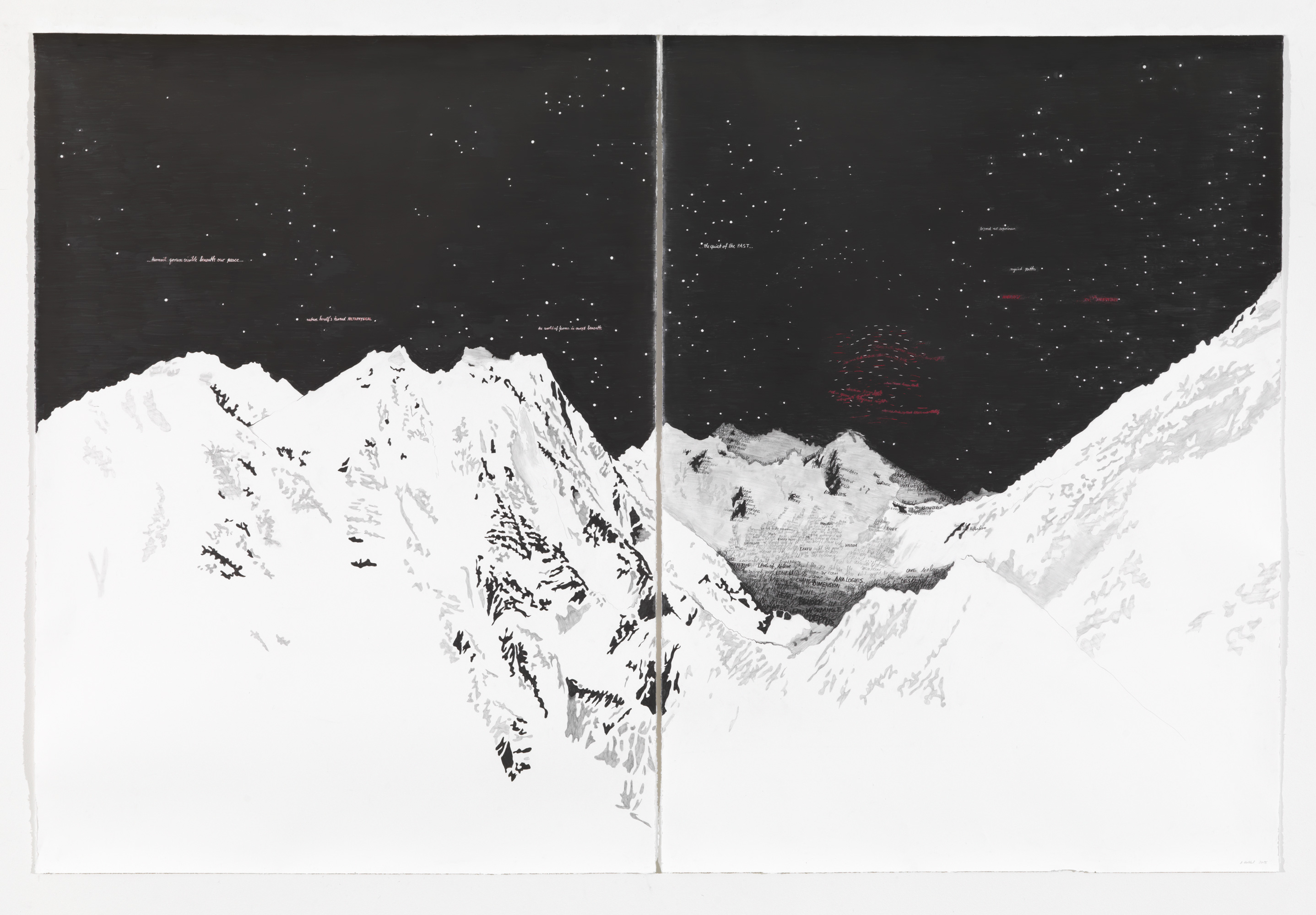 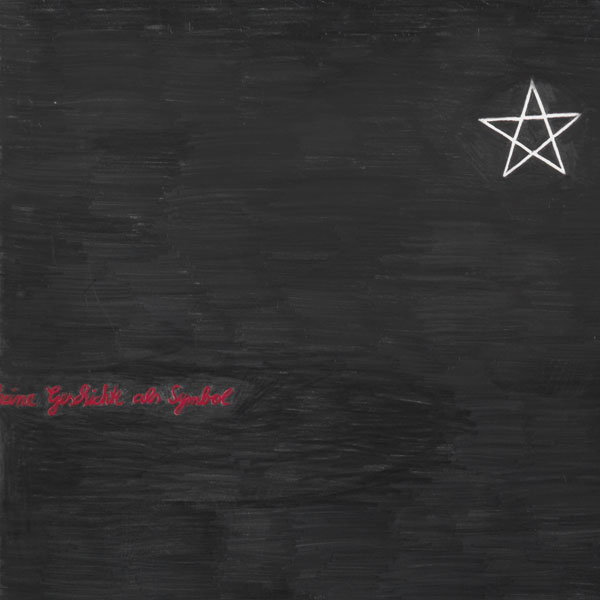