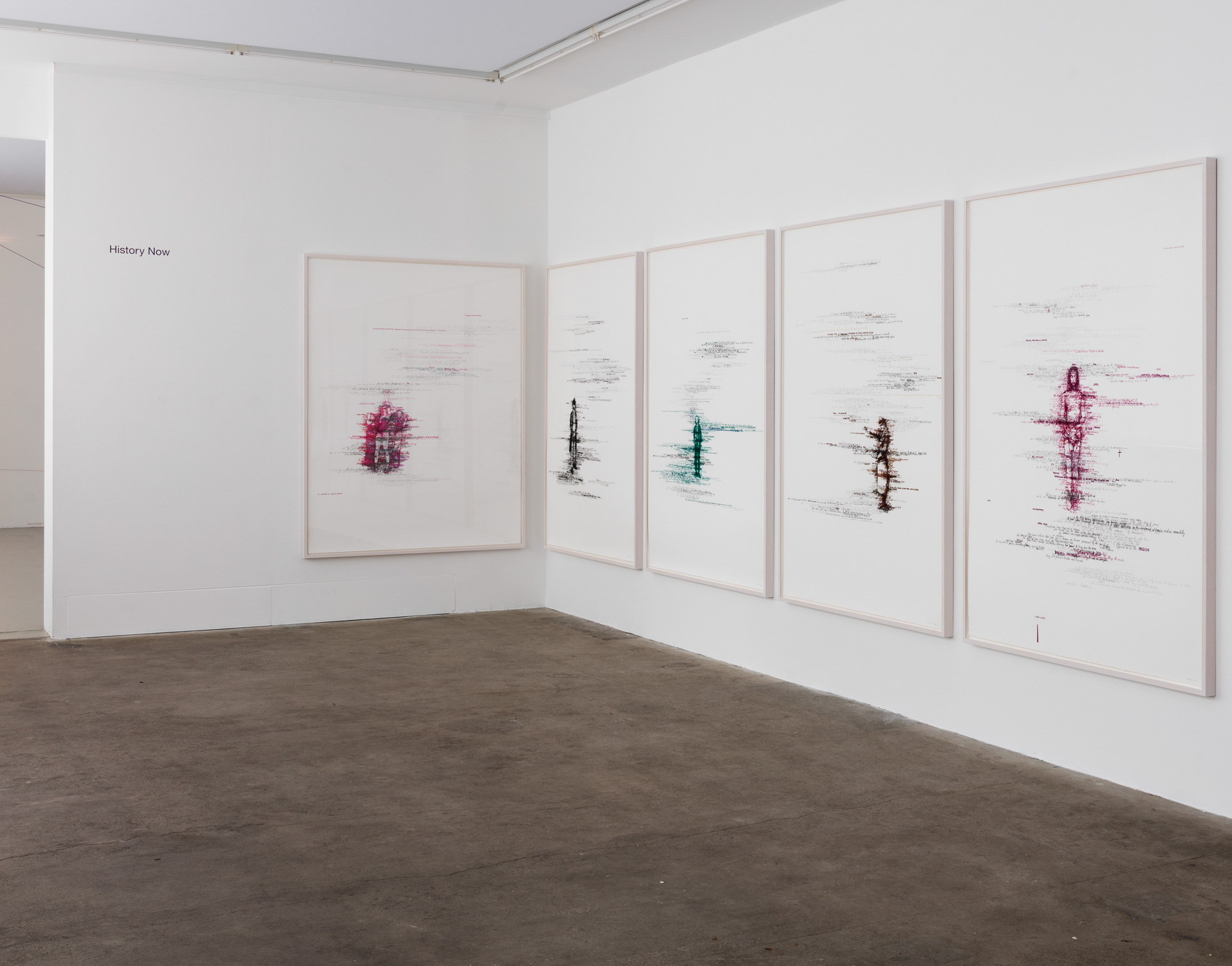 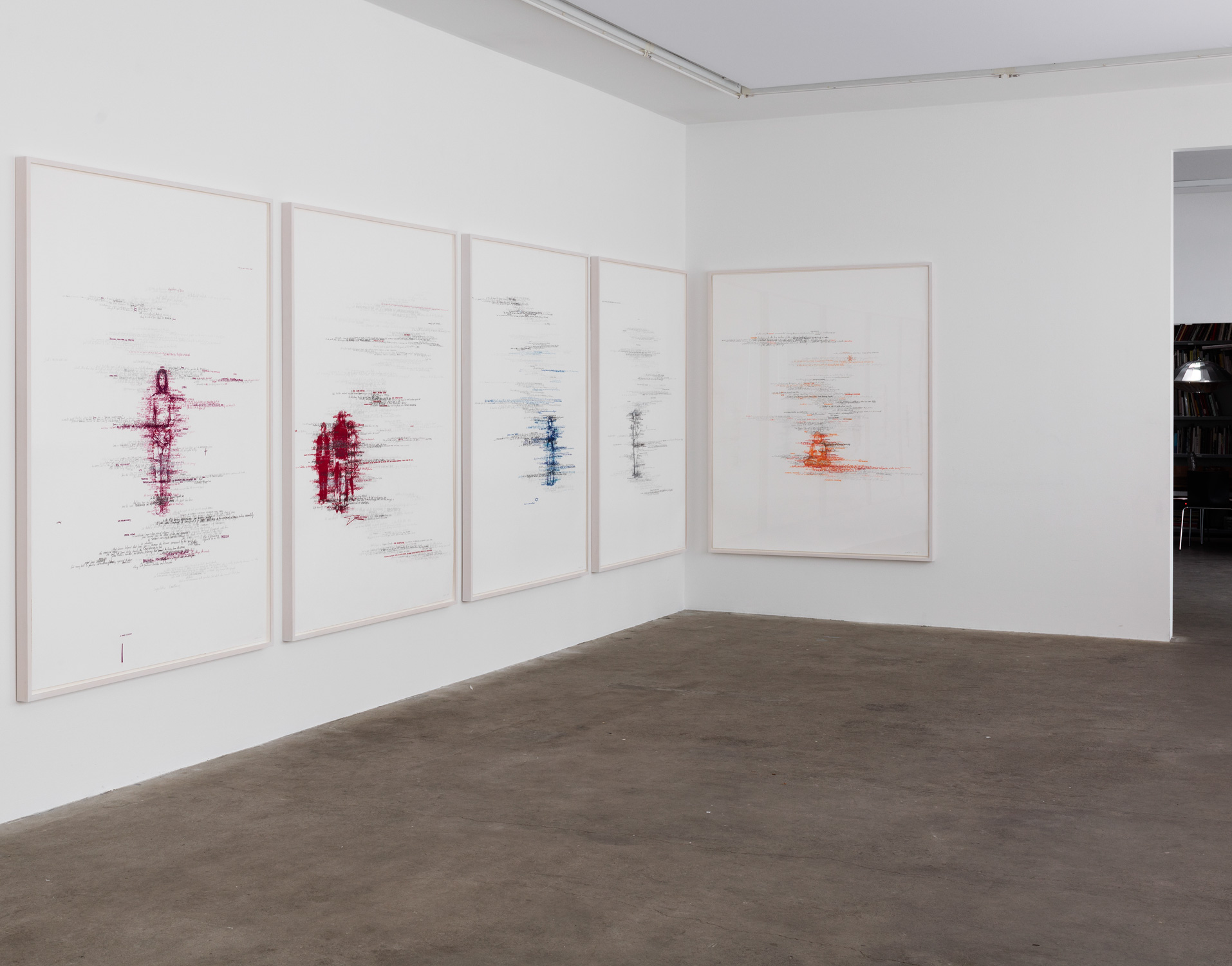 Wikipedia is the largest Internet encyclopaedia in the world today. One of the Internet’s most frequently accessed websites, it has been in existence for only 13 years. What is relevant and warrants mention in Wikipedia? Who is allowed to post entries? What posts are most disputed in this digital encyclopaedia?
Controversy arises particularly when issues such as religion and anti-Semitism are addressed, and it is no wonder that the articles on Adolf Hitler and Jesus Christ are among those that are most frequently rewritten. They are contemporary case studies on the user behaviour of the platform.
The frequency of article edits is the point of departure for the drawing series “History Now” which features nine large drawings by Waldach of figures such as Jesus Christ, Adolf Hitler, members of the Red Army Faction (RAF) and Hannah Arendt, along with handwritten texts. The texts are excerpted from the various versions of Wikipedia articles that have been repeatedly rewritten. They are augmented by the artist’s own knowledge of these people, for example through excerpts from personal letters for the RAF members. The result is a three-step process consisting of the historical figure, the controversial discussion surrounding his/her merits or guilt and Waldach’s selection of Wikipedia texts and own additional texts. The text as a motif is equally important as the drawn figure, and divides the visual space of the drawing. 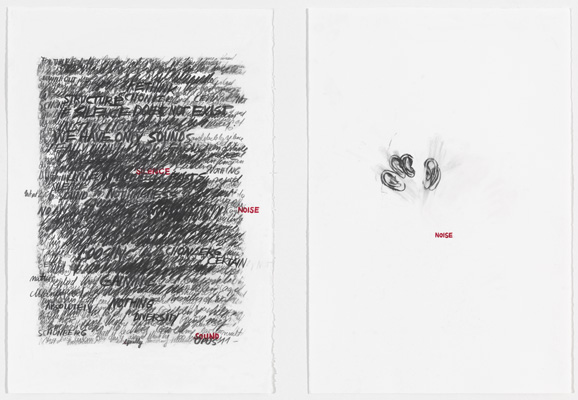 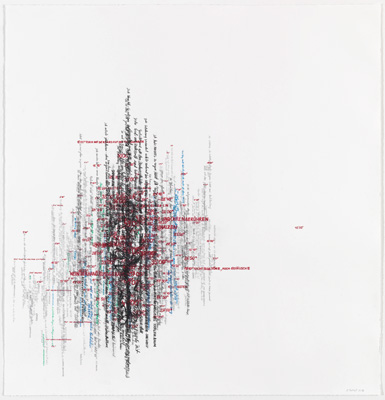